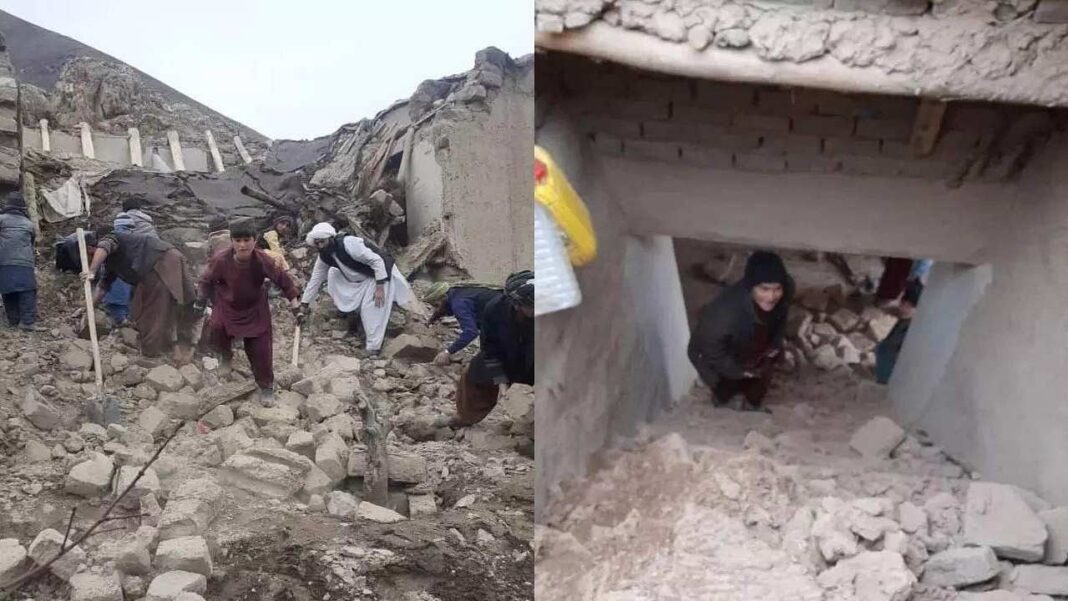 West News Wire: The death toll from twin earthquakes in western Afghanistan the day before was boosted to 26, according to the United Nations, which said the quakes devastated three villages with over 800 homes.

According to the United Nations Office for the Coordination of Humanitarian Affairs, at least four persons were injured, with women and children among the fatalities. On Tuesday, villagers in the region were still looking for their relatives and clearing objects caught in the muck.

Hundreds of mud-brick dwellings were demolished, according to the UN, and were already susceptible owing to the country’s regular rains. Many survivors sought refuge in relatives’ homes for the night, while others remained in the rubble of their homes.

The U.S. Geological Survey on Monday registered a magnitude 5.3 quake at 2 p.m. and a second, magnitude 4.9 at 4 p.m. local time. They struck 41 kilometers (25 miles) east and 50 kilometers (31 miles) southeast of Qala-e-Naw, the provincial capital in Badghis. The province lies along the border with Turkmenistan and is one of Afghanistan’s most underdeveloped and impoverished regions.

The quakes were felt across three western provinces  Badghis, Ghor, and Herat, the U.N. statement said.

“People whose homes have been damaged or destroyed are being hosted by their relatives and other members of their communities,” the U.N. said. “Preliminary reports indicate that food, shelter, and non-food items, and heating materials are most urgently needed.”

The Taliban, who overran the country in mid-August, called on international aid organizations to provide immediate help, including tents and other basic necessities, for the victims. The Taliban put the death toll at 22; the disparity in the figures could not immediately be reconciled.