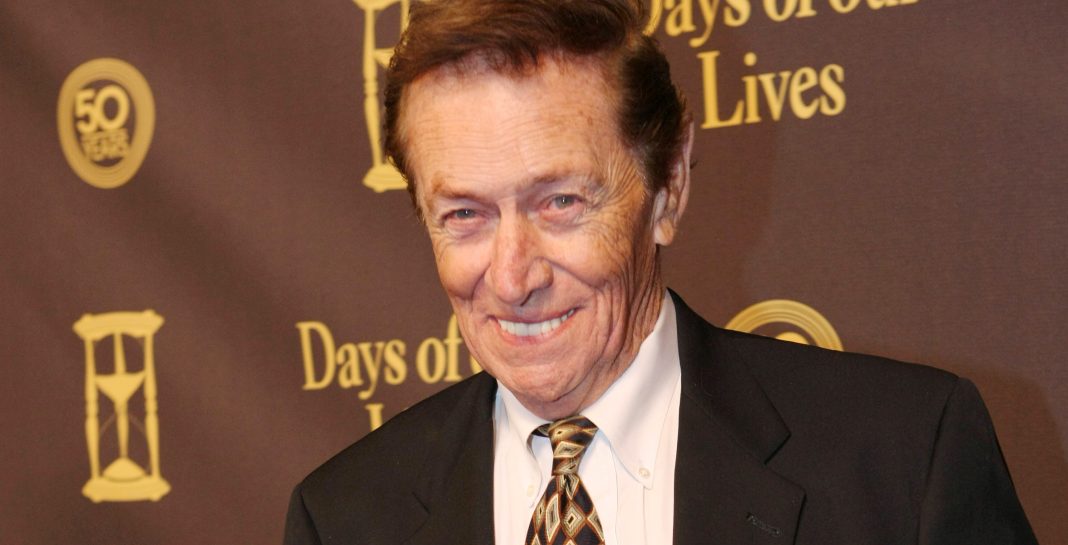 West News Wire: The actor Quinn Redeker, well known for his part on NBC’s “Days of Our Lives,” passed away in Los Angeles. He was 86.

Redeker, best remembered for playing Alex Marshall on “Days of Our Lives” from 1979 to 1987, was a regular guest star on American television for more than three decades in the 1960s through the 1980s. Additionally, he appeared as Rex Sterling in more than 200 episodes of “The Young and the Restless” on CBS. Along with this, he made guest appearances on Starsky & Hutch, The Six Million Dollar Man, Cannon, Kojak, Mannix, Sea Hunt, That Girl, and Barney Jones. Redeker played Captain Madison in the “Love Boat II” television movie.

His acting on daytime dramas was especially recognized with awards, having been twice nominated for an Daytime Emmy Award for outstanding supporting actor in a drama series for “The Young and the Restless” in 1989 and 1990. He also was a two-time winner at the Soap Opera Digest Awards, taking the 1983 Soapy Award for best villain for his role on “Days of our Lives,” along with the 1989 award for outstanding actor in a supporting role, daytime for “The Young and the Restless.”

As a screenwriter, Redeker was nominated for an Academy Award for original screenplay for his story credit on “The Deer Hunter” alongside Deric Washburn, Louis A. Garfinkle and Michael Cimino. The 1978 war drama from director Michael Cimino starred Robert De Niro, Meryl Streep, John Cazale and Christopher Walken, and took home an array of awards at the 51st Academy Awards, including best picture and best director.

In addition to television, Redeker had co-starring turns in films such as “The Electric Horseman,” “The Candidate” and “Ordinary People.”

He is survived by his children Brennen, Arianne, Glaen, and Quinn Jr., and two grandchildren.