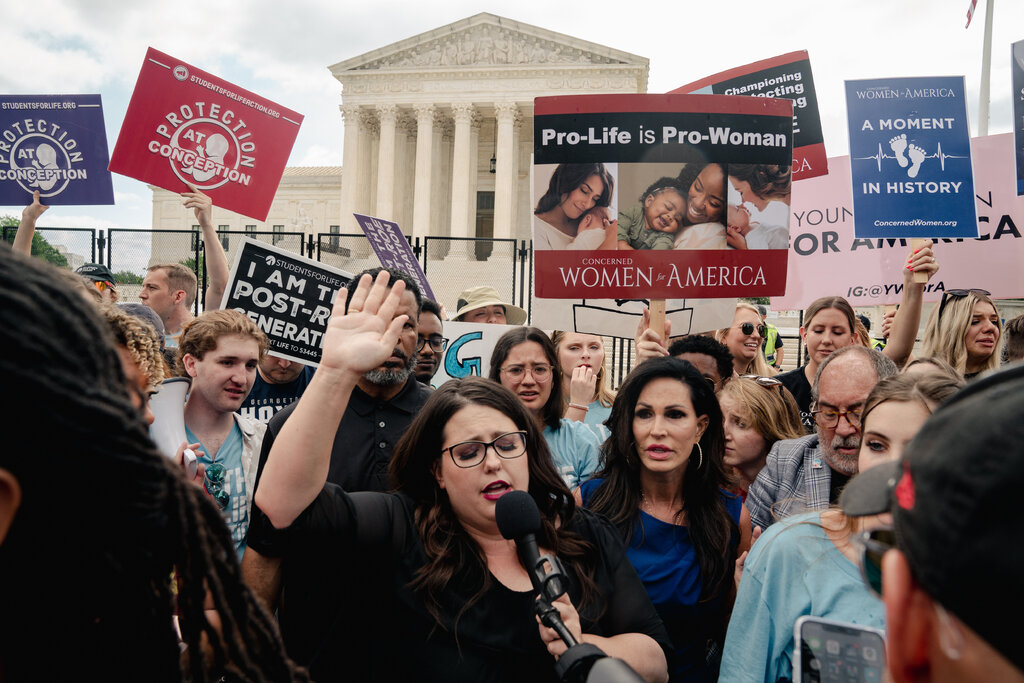 The Women’s March organised the protest as part of a “Summer of Rage” in opposition to the Supreme Court’s ruling overturning Roe v. Wade. Following the June 24 ruling that prohibited access to abortion nationwide, several states have already taken action to restrict or outright prohibit the procedure.

The group posted on Twitter, saying, “We’re putting our bodies on the line at the White House RIGHT NOW.” “Let’s demonstrate to President Biden that there are millions more people who want him to issue an emergency proclamation and safeguard abortion access now.”

The demonstration came just one day after Biden, facing pressure from his own party to do more, signed an executive order aimed at protecting access to abortion care and other reproductive health services.

Biden’s executive order directs agencies to safeguard access to federally approved medication like the abortion pill and emergency contraception, as well as provide legal representation for patients and providers seeking or offering services. It also looks to protect patient privacy.

The Women’s March is calling on Biden to declare a public health emergency and national emergency, which they say will allow the administration to “utilize additional flexibilities, deploy resources where necessary, and act with the urgency that this moment requires.”

The protest began in Franklin Park before moving down to the White House.

Outside the White House, protesters chanted “do your job” and “keep us safe.”

After Biden signed the executive order on Friday, the White House was on the defense in the briefing room today when asked if this was the best the president could do and if there are any other actions he can take given his limited executive power.

“This is not going to be solved by one day’s action,” Jennifer Klein, co-chair and executive director of the White House Gender Policy Council, told reporters. Klein said the actions taken by the administration to date are “just one step in the process.”

Klein also downplayed the benefit of declaring a public health emergency, as abortion rights advocates and some Democrats have called for.

“When we looked at the public health emergency, we learned a couple things,” Klein said. “One is that it doesn’t free very many resources. it’s what’s in the public health emergency fund, and there’s very little money, tens of thousands of dollars in it. So that didn’t seem like a great option. And it also doesn’t release a significant amount of legal authority. And so that’s why we haven’t taken that action yet.”