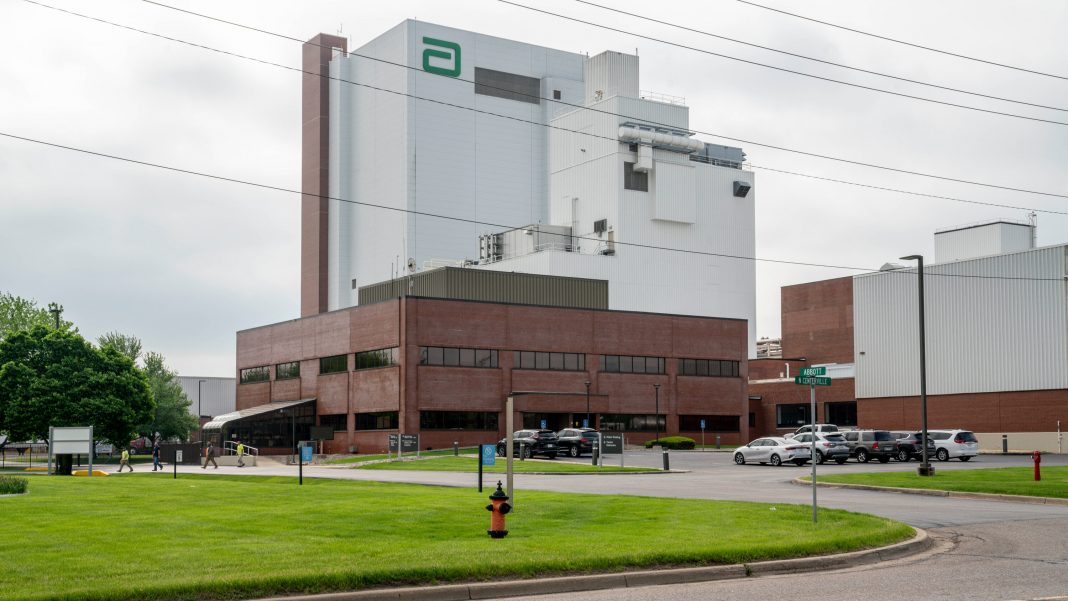 West News Wire: Abbott said it has been forced to halt baby formula production at its Sturgis plant for the second time in less than two weeks after thunderstorms flooded part of the facility.

“These torrential storms produced significant rainfall in a short period of time, overwhelming the city of Sturgis, Michigan’s stormwater system and causing flooding in parts of the city, including areas of our plant,” an Abbott spokesperson told news reporters. “As a result, Abbott has halted production of its EleCare specialty formula while it assesses storm damage and cleans and sanitizes the facility. We’ve notified the FDA, and we’ll conduct extensive testing with the help of an independent third party to ensure the plant is safe to restart production.”

FDA Commissioner Robert Califf said he has personally spoken with Abbott’s CEO, Robert Ford, saying they discussed their “shared desire to get the facility up and running again as quickly as possible.”

Califf added that the storms are a “reminder that natural weather events can also cause unforeseen supply chain disruptions.”

“I want to reassure consumers the all-of-government work to increase supply means we’ll have more than enough product to meet current demand,” Califf said in a series of tweets.

Abbott had promised to start putting out its hypoallergenic formula EleCare to consumers around June 20. Infants with particular nutritional needs will have to wait longer for an infusion of formula from Abbott, the largest domestic manufacturer of infant formula prior to its recall.

Meanwhile, Abbott said it still has “ample existing supply of EleCare and most of its specialty and metabolic formulas to meet needs for these products until new product is available.”

It said these products “are being released to consumers in need in coordination with healthcare professionals.”

“Abbott will have produced 8.7 million pounds of infant formula in June for the United States, or the equivalent of 168.2 million 6-ounce feedings. This is 95% of what we produced in January, prior to the recall and does not include production from Sturgis,” the company spokesperson said.