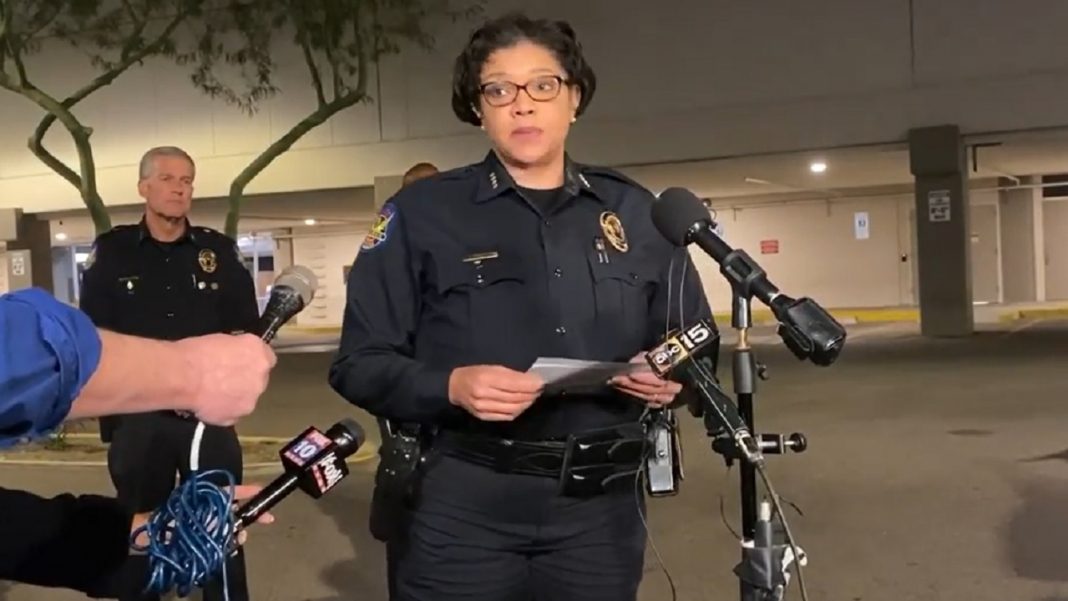 West News Wire: A gunfire call was received at 54th Avenue and Elwood, which sparked the incident. A suspect allegedly opened fire on an officer as he approached the house, hitting him many times.

Five Phoenix police officers were shot during a barricade situation at a house, according to the agency.

It was not immediately clear what the cops’ conditions were.

According to Phoenix Police Chief Jeri Williams, an infant in the house had been brought outside in a carrier at some time during the investigation.

When four additional cops attempted to get the baby to safety, they were shot, according to Williams, and police fired again at the suspected gunman.

A woman was critically injured at the home, but police did not release any details about how she had been hurt and her baby was unhurt.

Authorities said several hours later that the situation was “resolved,” and that there is no threat to the public.