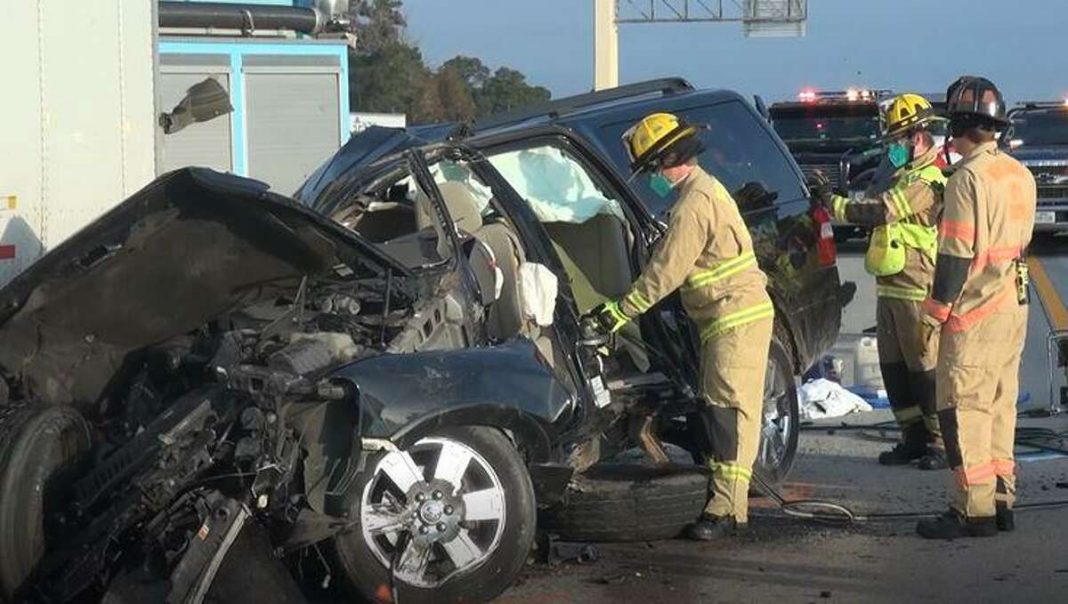 West News Wire: Following a car accident involving an alleged migrant smuggling operation in Texas on Thursday, four people were killed and three others are in critical condition, according to police.

The Texas Department of Public Safety stated that the incident occurred on Interstate 35 in Encinal, Texas.

The Texas DPS tweeted, “The driver suspected of human smuggling eluded law enforcement and collided with a commercial vehicle.”

Encinal is located about 40 miles north of the U.S.-Mexico border.

The incident comes three days after 53 migrants being smuggled into the U.S. were found dead inside a tractor-trailer in San Antonio.