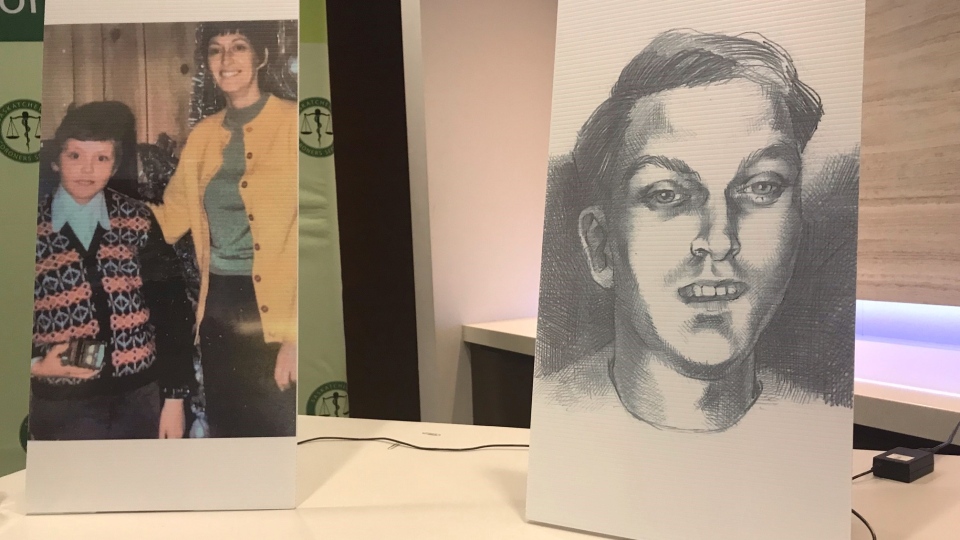 Michael Kirov was identified as the man struck by a CP Rail train on July 28, 1995, east of the intersection at 13 Avenue and Courtney Street in Regina.

According to the Saskatchewan Coroner’s Service, Michael was 30 at the time of his death.

CP Railway employees said a man appeared on the south side of the tracks and deliberately laid down in the direct path of the eastbound locomotive, which was towing 144 boxcars.

The body of the Winnipeg man showed no surgical scars, tattoos, or traits that could help identify him. He could not be identified by any of his personal belongings.

Michael was identified within the last 12 days, with help from Othram, an American company hired by the coroners’ service to use genealogic DNA research in its work on the case.

Saskatchewan coroner Jerry Bell responded to the scene of Michael’s death in 1995 and still handles the case today. Last summer on the 25th anniversary of Michael’s death, Bell told CTV News that this was the only case he had unidentified, and hoped to be able to bring closure to the family before his retirement.

“My goal as the coroner was the human side, to bring John Doe to his family, or his family to him,” Bell said.

Bell, who has been with the coroners’ service since 1988, called the case a privilege and a challenge he would never give up on.

Michael Kirov was born Michael Lewis, his family explained in a statement.

Referred to as their “dear cousin”, his family shared memories of holidays spent together at nearby beaches and parks.

DNA evidence led investigators to Michael’s first cousins, who were in attendance at a press conference in Regina on Thursday morning.

Michael was the only son to his mother, Joan, and his grandparents’ only grandson. He was raised by his mother and grandparents, and cousins described a close relationship between Michael and Joan.

Tragedy hit Michael when Joan died suddenly in 1991. Following his mother’s death, Michael left Winnipeg “in search of himself”.

“We know he was very upset when he left, with his mother’s passing, he was so close to his mom,” cousin Karen Clawson said.

In Regina’s Riverside Cemetery, a generous community member created a headstone to remember Michael. His cousins say his name will be added to the stone.

Inscribed on the unassuming headstone is a line from Matthew 11:28, along with a brief description of the mysterious circumstances of his death.

“Come to me all you who are weary and burdened.” it reads.

Michael’s family said the words chosen for the headstone hold great meaning for them and knowing the Regina community came together to lay their cousin to rest, brought them peace.