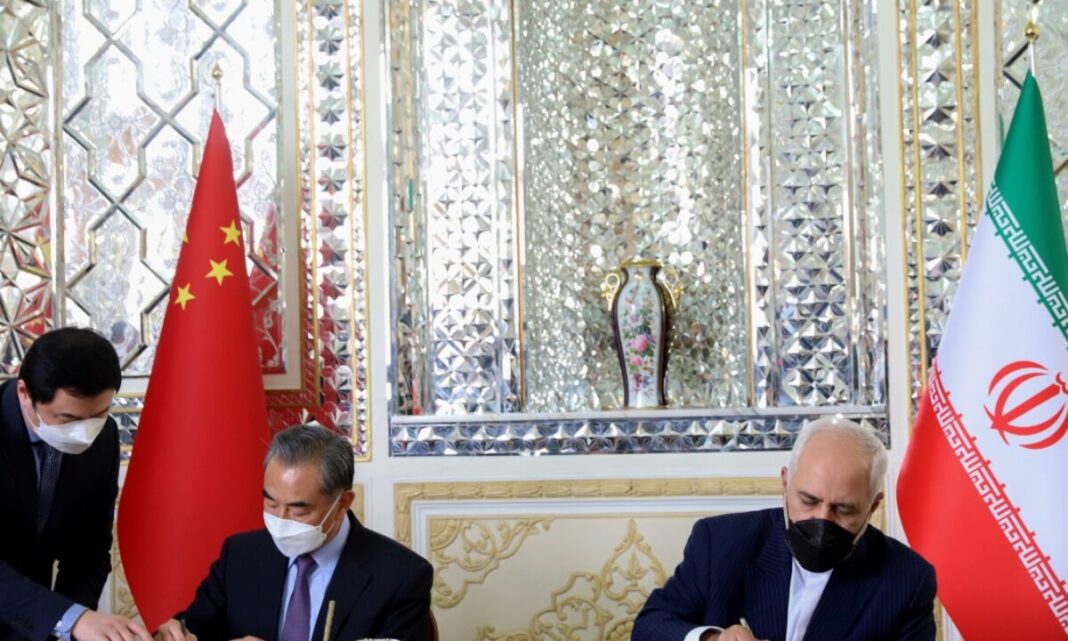 After a meeting with his Chinese counterpart Wang Yi, Hossein Amirabdollahian, on his first visit to China as foreign minister, revealed the news late Friday.

“We had made arrangements while preparing for the visit to China to be able to celebrate today as the beginning of implementing the comprehensive agreement between the two nations,” Amirabdollahian said, but he did not mention any specific projects or agreements to commemorate the event.

The “strategic deal,” which was signed in Tehran in March 2021 while previous President Hassan Rouhani was in power, comprises economic, military, and security cooperation, despite the fact that both nations are under varying levels of United States sanctions.

Among other things, China has been purchasing Iranian oil  with a discount  in defiance of the sanctions over the past three years. Neither country discloses exact details.

During his visit, Amirabdollahian also delivered a letter by President Ebrahim Raisi for President Xi Jinping, which he said contained an “important message” for Raisi’s administration.

He did not elaborate on the contents, but the Raisi administration has repeatedly emphasized an “Asia-centric” foreign p “They claim they’re frightened and in a hurry, but their lack of actual initiative demonstrates that their rhetoric and behavior are at odds,” he added.

The eighth  and possibly last  round of rigorous discussions has been going on in Vienna since last month, with Western parties warning that there are just a few weeks left to negotiate a deal due to Iran’s nuclear progress.

On Friday, the chiefs of the negotiating delegations decided to return to respective capitals for two days of discussions, but the negotiations are not on halt because the expert working groups are still meeting.

When the US unilaterally abandoned the nuclear deal in 2018, it slapped punishing sanctions on Iran. Since then, Iran’s nuclear program has accelerated significantly, but says it is strictly peaceful policy that includes China as an important factor.

Amirabdollahian’s visit came amid a flurry of meetings in Wuxi, Jiangsu. The foreign minister landed there shortly after China’s Yi held talks with the secretary general of the Gulf Cooperation Council (GCC), and the foreign ministers of four of its member countries  Saudi Arabia, Kuwait, Oman and Bahrain  in addition to the Turkish foreign minister.

Continuing talks in Vienna aimed at restoring Iran’s 2015 nuclear deal with world powers were also high on the agenda during the Iranian foreign minister’s visit.

After the meeting, Amirabollahian told reporters Iran is ready to achieve an agreement in the Austrian capital in the shortest time, a feat that will be made possible with the support of China and Russia.

“We hope that the Western parties also continue the negotiations in Vienna with a realistic view aimed at achieving an agreement that will also see the interests of the Iranian people secured,” he said.

The foreign minister criticized the Western parties – the US, France, Germany, and the United Kingdom for what he called their lack of “initiative” in the talks.