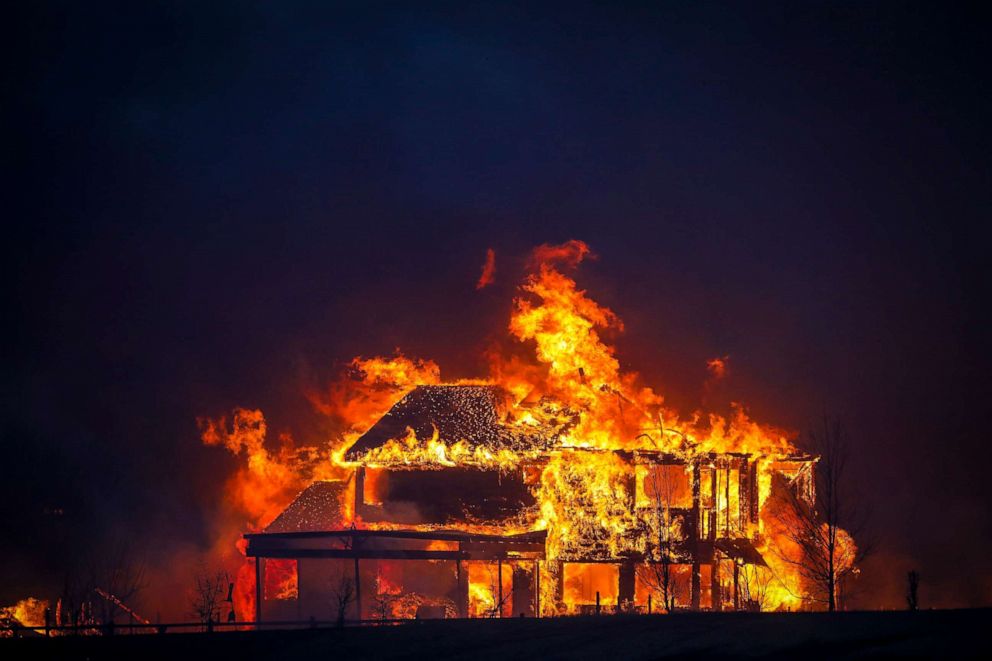 West News Wire: As winds fuel fast-spreading wildfires in Boulder County, Colorado, tens of thousands of people are being advised to leave immediately, and hundreds of buildings have already been destroyed.

The Marshall Fire, the most major of two wildfires burning, was originally reported about 11 a.m. Thursday and has since “ballooned” to approximately 1,600 acres, according to Boulder County Sheriff Joe Pelle.

“The speed of the fire has been a major concern for us,” Pelle said. “In seconds, football field lengths of land were being consumed.”

Part of Westminster, Colorado, is also under a mandatory evacuation order, according to the city.

The National Weather Service of Denver/Boulder described the situation in Louisville as life threatening in an alert on Twitter Thursday afternoon, while urging people to leave immediately.

“This is still a very active, fluid situation,” he told the station.

Colorado Gov. Jared Polis has declared a state of emergency due to the fires in Boulder County, his office said.

“Prayers for thousands of families evacuating from the fires in Superior and Boulder County,” Polis tweeted. “Fast winds are spreading flames quickly and all aircraft are grounded.”