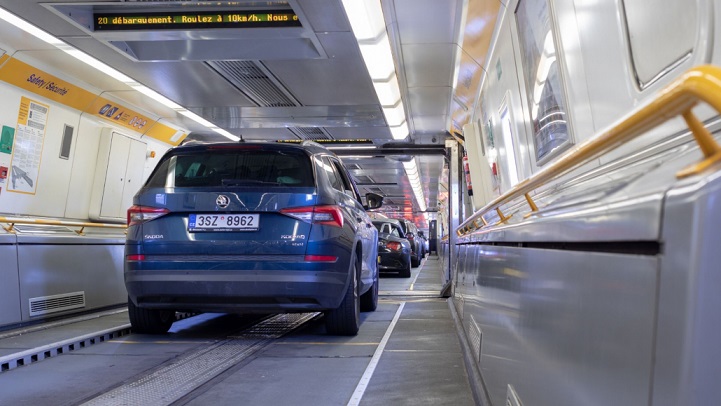 West News Wire: The French and British governments have agreed that Britons living in EU nations other than France will be able to drive across France during the Christmas season to return home.

It comes after a day of turmoil in which Eurotunnel and the British Embassy in Paris announced that UK citizens would be unable to transit France to reach their homes in other countries unless they flew.

The French Interior Ministry told that travelers who went to the UK for Christmas “in good faith” would be treated leniently, despite the fact that under France’s COVID limitations, Britons living in other EU countries were not allowed to drive through French territory. The policy was then spelled out on Twitter.

The UK government’s travel advice page for France has also been updated. “The French authorities confirmed on 30 December that UK nationals who are resident in other EU Member States and who have travelled to the UK for the Christmas period will be able to transit France over the New Year period in order to return home to their country of residence,” it said.

The French Interior Ministry said on Thursday afternoon that it would offer some leeway to British EU residents who had travelled to the UK for the holiday season.

“A great number of British citizens residing in European Union countries made the journey, in good faith, to the United Kingdom for the end-of-year holiday period and are experiencing difficulties in getting back to their country of residence,” the statement said.

“Faced with this situation, instructions to be lenient have been given to police staff on the borders with the United Kingdom, in order to allow these citizens to transit through France to go home to their residence in a European Union country, after this Christmas and the New Year holiday.”

Fiona Navin-Jones spent the 24 hours before her trip home fretting. Would she make it, or would she have to leave her family behind?

Navin-Jones, her husband, their three young children and dog had spent their Christmas holiday near London with family, a celebration they missed last year due to the Covid-19 pandemic.

They were supposed to leave England for their home in Belgium on Thursday. But the day before their scheduled departure, Navin-Jones came upon an “urgent update” on the Eurotunnel’s Twitter account informing customers that British citizens who are not French residents could not travel through France by road to reach their country of residence in the European Union.

British nationals like Navin-Jones who live in the EU and travelled to the United Kingdom for the holidays scrambled to make alternate arrangements. Many voiced frustration on social media over what appeared to be a bungled announcement of the new rule.

Eurotunnel said its announcement was prompted by a French government decision on Tuesday, but the French Interior Ministry statement made no mention of such a decision.

The British Embassy in Paris confirmed the official restriction in an earlier tweet on Thursday, adding that British citizens could still commute through France as long as they travelled by air.

The British Embassies in Belgium and the Netherlands both said on Wednesday they were “urgently seeking clarifications” from the French government, which a UK Foreign and Commonwealth Office spokesman reiterated on Thursday.

The French government earlier this month banned most travel to and from the UK due to the rising number of coronavirus cases in both countries. Since then case numbers have skyrocketed in France. More than 200,000 cases were reported in just 24 hours on Wednesday and again on Thursday.

Under those tightened guidelines, those allowed to return to France include French and EU nationals and their families, nationals of other countries residing in the EU, as well as Britons “benefitting from the agreement” on Brexit.

The French authorities said on Thursday that this last category does not include Britons living in other EU countries, who are considered “third country citizens”  adding that leniency would be shown over the holiday period.

The regulations specify that EU nationals are allowed to bring their spouses and children through France to commute to another country, regardless of their nationality.

This is also clear from the French government’s list of “compelling reasons” authorizing travel between the UK and France published in mid-December, and should cover travellers such as Fiona Navin-Jones making the journey with her family.

But once they heard the news from Eurotunnel, Navin-Jones and her family assumed that she would be denied entry into the Eurotunnel because she does not have a European passport, unlike her husband and three children.

On Thursday morning, she and her husband decided the family would all drive down to the tunnel entrance at Folkstone to see if she would be let on. If not, Navin-Jones would go back to London and take the Eurostar train directly to Brussels.

“We really went just with our fingers crossed that I would get on,” she said.

As they approached the queue, her husband told the kids to speak French, not English, just in case it helped their case. Then a car with a Dutch license plate in front of them was denied entry.

“Everybody was nervous,” she said. “We were all we were 100% prepared for me to be kicked out.”

Navin-Jones exited her vehicle and proceeded to the terminal, which she needed to visit in order to transport the dog across the border. When she questioned if she’d be allowed to cross, an employee answered it depends on who she interacted with at passport check.

“How can it be so contradictory?” How may it be due to the individual in the booth’s mood? Because there isn’t a clear guideline, they’re interpreting as they go,” she explained.

Navin-Jones was given permission to proceed. She spoke with reporters shortly after exiting the tunnel, relieved to be on her way back to Belgium.

“I absolutely see why tourism is being halted,” Navin-Jones remarked. “However, I’m not a tourist; I’m attempting to return to a country where I’ve lived for a long time.”