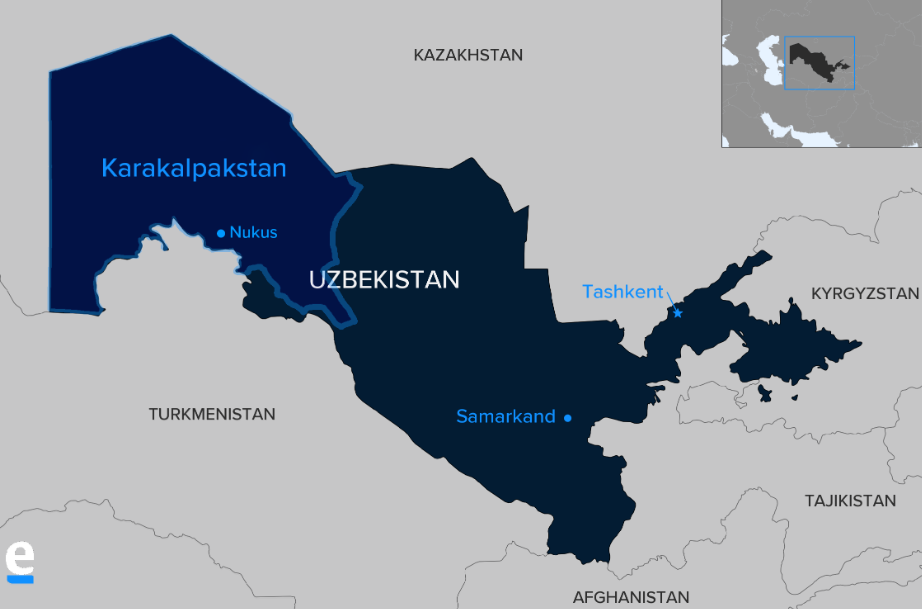 West News Wire: 22 persons have been brought to trial in Uzbekistan on charges of “undermining constitutional order” after taking part in historically large-scale anti-government demonstrations in July.

The protests in the autonomous Republic of Karakalpakstan, which were spurred by a proposed constitutional amendment that would have damaged the region’s right to self-determination, resulted in the official death toll of 21 persons.

President Shavkat Mirziyoyev was obliged to rethink the plan due to the unrest in Nukus, the capital of Karakalpakstan.

The Supreme Court of Uzbekistan’s spokesman, Aziz Obidov, confirmed to the AFP news agency that the trial began on Monday.

Obidov wrote on Telegram that there were “22 persons” in the dock, 20 of them were in prison, one was placed under home arrest, and the other was released on bond.

They are accused of several offences. The most serious, “undermining constitutional order”, carries a 20-year jail sentence.

Journalists are authorised to cover the trial. However, it was announced only on Sunday evening and takes place in Bukhara, about 600km (370 miles) from both Nukus and Tashkent, the national capital.

Karakalpakstan is home to fewer than two million people in a nation of 35 million, but it covers more than a third of Uzbek territory.

Protests erupted in Nukus on July 1 and 2 over a move to remove Karakalpakstan’s right, under the constitution, to hold a referendum on self-determination.

Hundreds of people were arrested.

The president accused “foreign forces” of being behind the unrest, without further explanation, before scrapping the proposed changes.

Mirziyoyev came to power in 2016 after the death of his predecessor, Islam Karimov.

He has pushed through significant economic and social reforms, but his regime is accused by aid organisations of trampling on people’s basic rights.

In early November, Human Rights Watch said the authorities “unjustifiably used lethal force to disperse mainly peaceful demonstrators” after verifying dozens of videos and photos of the protests and victims.