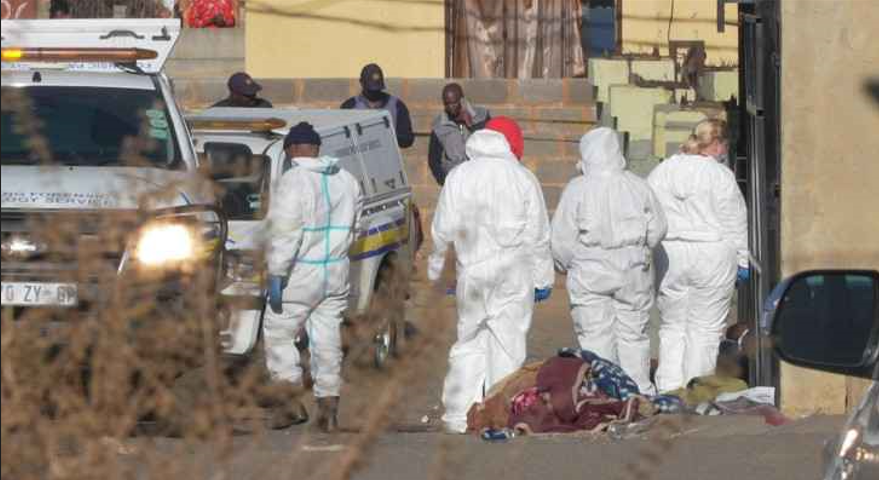 West News Wire: 19 people were killed in two bar shootings, one in an east South African township and the other in a township close to Johannesburg, according to police.

Police reported on Sunday that 15 people were killed in Soweto during a night out when gunmen pulled up in a minibus taxi and started firing indiscriminately at customers.

Police in Pietermaritzburg, a city in eastern South Africa, reported that two men opened fire in a bar, killing four people and injuring eight others.

Police sources noted the similarities between the assaults but said it was too soon to say if they were somehow related.

“It saddens us that anyone now who posseses a gun wants to try their gun on our communities,” Faith Mazibuko, a member of the Executive Council (MEC) for Community Safety, told news reporters.

“We wish to call upon communities to actually well indeed assist the police in bringing to book those perpetrators.”

In Soweto, Johannesburg’s largest township to the southwest of South Africa’s economic capital, police were called to the scene shortly after midnight.

According to local police officer Nonhlanhla Kubheka, 12 people were already dead with gunshot wounds when police arrived at the scene.

She added 11 people were taken to hospital, and that three died shortly after arrival.

“Nobody has been arrested. Officers are still on site. They came and shot at people who were having fun,” said Kubheka, commander of the Orlando police station, the Soweto district where the shooting took place.

In a separate incident, four people were killed during a shoot-out in a bar in Pietermaritzburg in eastern South Africa.

Two men drove up, entered the bar and “fired random shots at the patrons”, before fleeing, he said. Eight other people were wounded.

“A total of 12 people were shot. Two people were declared dead at the scene and the other two died in hospital,” Gwala said.

The shootings come two weeks after 21 teenagers were found dead in a tavern in the city of East London. The cause of those deaths has not yet been announced by authorities, but the teens were not shot nor crushed in a stampede, according to officials.