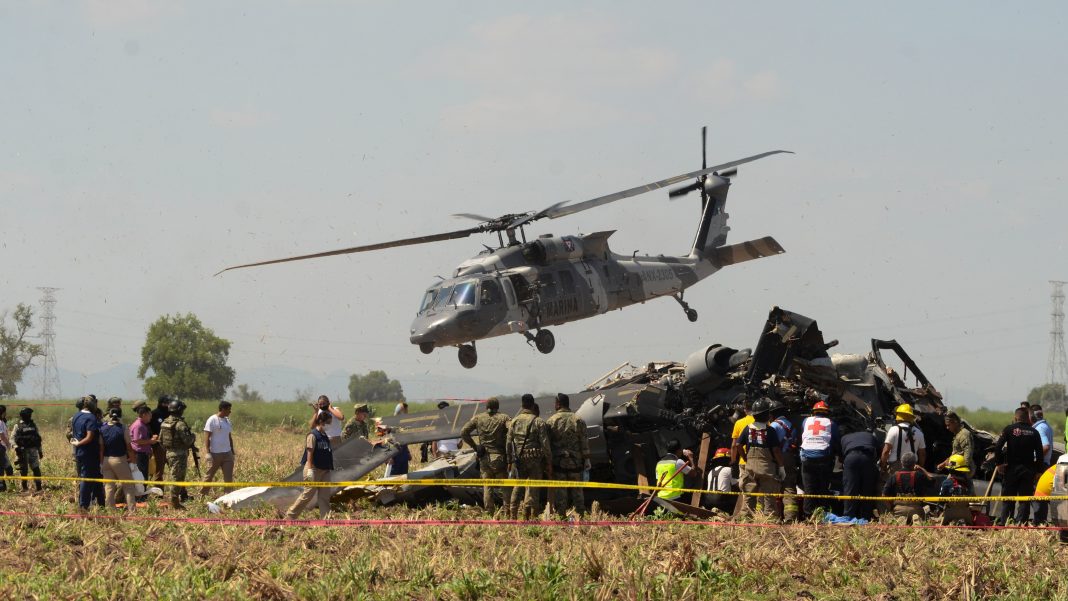 Following the collision in the state of Sinaloa in the northwest, another passenger was receiving medical attention, according to a navy statement on Friday night.

The statement said that according to the information at hand, the helicopter experienced a “accident” during the operation close to the coastal city of Los Mochis, the cause of which had not yet been established.

On social media, Mexican President Andres Manuel Lopez Obrador expressed his regret for the loss and his condolences to the families of the deceased.

Additionally, one official suffered a serious injury. They had all backed the arresting effort.

Caro Quintero, who was behind the killing of US agent Enrique “Kiki” Camarena in 1985, was captured on Friday by Mexican forces nearly a decade after walking out of a Mexican prison and returning to drug trafficking, according to the Mexican navy.

Caro Quintero was arrested after a search dog named “Max” found him hiding in brush in the town of San Simon in Sinaloa state during a joint operation by the navy and attorney general’s office, a navy statement said.

The site was in the mountains near Sinaloa’s border with the northern border state of Chihuahua.

The brutal murder of Camarena marked a low point in US-Mexico relations.

Lopez Obrador has maintained that he is not interested in detaining drug lords and prefers to avoid violence.

But the arrest came just days after Lopez Obrador met with President Joe Biden in the White House.

There had been tensions between the Mexican government and the US Drug Enforcement Administration (DEA) after Mexico enacted a law limiting the US agency’s operations.

But recently, the DEA’s new head in Mexico received a visa, which the US officials marked as a sign of progress in the relationship.