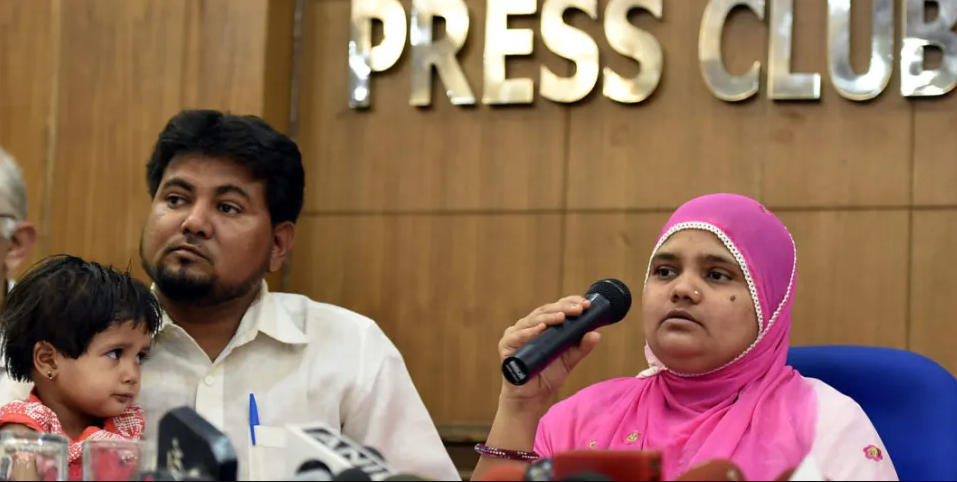 West News Wire: Officials announced on Tuesday that eleven Hindu males who had been sentenced to life in prison for the gang rape of a pregnant Muslim woman during Hindu-Muslim riots in 2002 had been released on remission. The victim’s husband, attorneys, and politicians denounced the decision.

The guys were found guilty in the beginning of 2008 and were freed on Monday, when India commemorated 75 years since the end of British rule, in Panchmahals, in the western state of Gujarat.

More than 1,000 people died in the Gujarat carnage, one of the bloodiest religious riots in India, the most of them Muslims. Gujarat is still governed by the Hindu nationalist Bharatiya Janata Party, which is led by current Indian Prime Minister Narendra Modi.

Panchmahals’ top bureaucrat told Reuters that the district jail advisory committee had recommended the release after considering the time the 11 had spent in jail and their good behaviour.

“The fact is they had spent close to 15 years in jail and were eligible for remission,” Sujal Jayantibhai Mayatra said.

Media footage showed a man feeding the convicts sweetmeat outside the jail after touching the feet of one of them, a mark of respect.

The husband of the victim told Reuters they were disappointed because the riots had also killed many family members.

“We have lost our family and want to live in peace, but suddenly this has happened,” Yakub Rasul said. “We had no prior information about their release, either from the courts or the government. We only learnt about it from the media.”

Opposition politicians and lawyers said the release contradicted the government’s stated policy of uplifting women in a country notorious for violence against them.

“The remission of the sentence of convicts of a gruesome crime like gang-rape and murder is morally and ethically improper,” said senior lawyer Anand Yagnik. “What is the signal we are trying to send?”