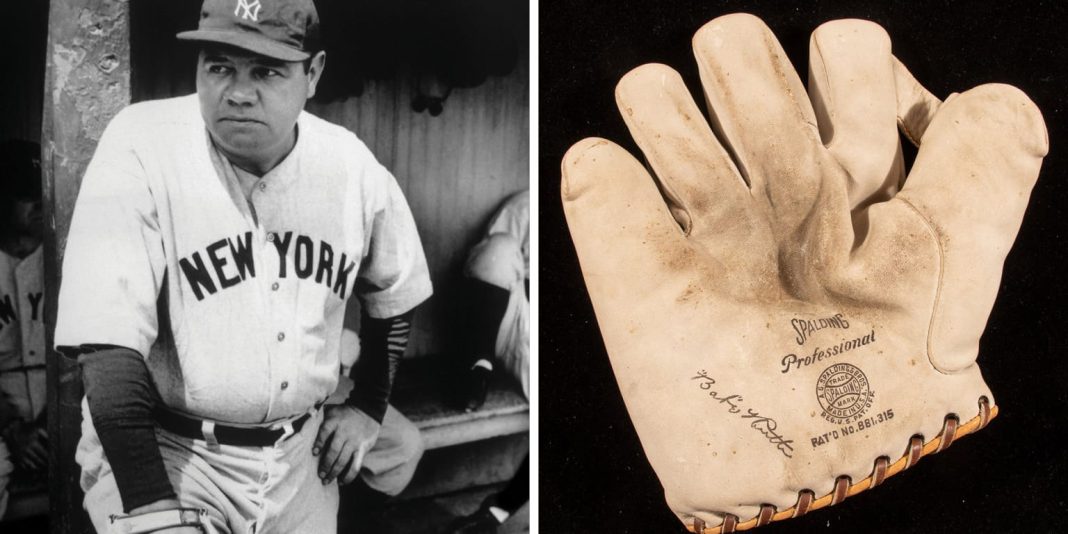 West News Wire: At the 19th annual Louisville Slugger Museum & Factory auction, a baseball glove once owned by Babe Ruth, the man largely considered as the greatest player in sports history, sold for a record $1.53 million.

The amount broke the previous baseball glove record, which was reportedly $387,500 for a Lou Gehrig glove sold by Sotheby’s in 1999.

Jimmy Austin, a former third baseman for the St. Louis Browns, received the glove as a gift from Ruth, who is most remembered for his 1920–1934 stint with the New York Yankees.

The item was manufactured by Spalding and believed to have been used by Ruth from 1927 to 1933.

Hunt Auctions, which oversaw its sale on Saturday, said the glove was originally believed to be a vintage Babe Ruth store model. After a provenance and authentication process, however, which included a possible photo match with an image of Ruth wearing the same model with identical tobacco staining, perception of it changed.

“This monumental glove is truly [one] of the most historic pieces of its medium to have ever been offered at public auction,” Hunt Auctions president David Hunt claimed.

A 1964 audio recording captured Austin discussing the glove and pounding its leather. “My childhood memories with my ‘Uncle Jim’ are extremely dear to me,” said Austin’s niece Susan Kolokoff in a Hunt Auctions statement.

“The glove had rested in a box for the last 30 years until we learned of its history and heard the amazing audio recording,” she added.